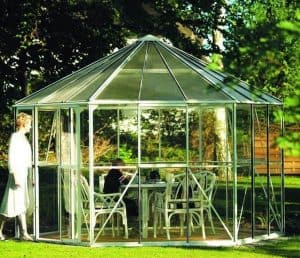 This large hexagonal metal greenhouse is extremely attractive and will grace any garden positively. You can even choose between three frame colours of silver, green and black. This means you have the ultimate in practicality and choice for your greenhouse.

The hexagonal design ensures that you have plenty of headroom for the taller plants that you have to cultivate and help to grow. However, one of the key features of this greenhouse is the generously sized double doors. These allow you to get any plants of pretty much any size through the doors and ready to grow.

Buy This Now!
Top 5 Retailers
See All Retailer Reviews
Support WhatShed: by making a purchase after clicking a link above, a portion of the sale supports this site.

People who looked at this 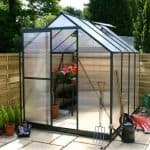 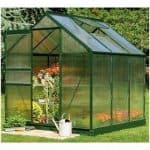 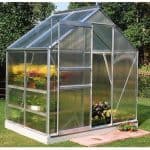 Would you like WhatShed.co.uk to fetch the Latest Price for you?

Yes, Get Latest Price No, I'm fine not seeing the latest price