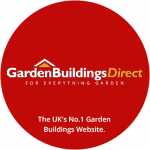 Looking for a garden buildings direct review? If so then you have come to the right place, WhatShed.co.uk have done an in-depth independent review of Garden Buildings Direct. Our goal is to help you find the best online retailer for your future purchase, in an attempt to do this we not only review the products but we also review to retailer. On this page you should find everything you could ever possibly want to know about Garden Buildings Direct. 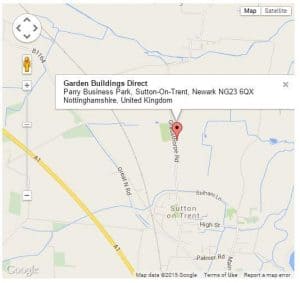 When it comes to products, Gardens Buildings Direct have all you could possibly need. They have sheds, summerhouses, playhouses, greenhouses and pretty much anything that you would want as part of your garden. We really could not be any more impressed with the products that they have and we love how they have sheds and other structures not just for large gardens, but also for smaller ones, so if space in your garden is something of a premium, you will be very happy with their selection of smaller products. Garden Buildings Direct specialise in the BillyOh range of products and one of the things we love about this is that they have many styles of shed, bike store, greenhouse and so on, but most of these can be purchased in different sizes, so if you do see a shed with a design that you love then chances are they will have it in a size that will suit your needs.

We feel that the prices are spot on and we love how most of their products come in what you would class as a basic form, but then they make it so you can add things like a better flooring, shelving, stronger roof, paint and other such extras. Of course this cannot be done for everything, but we feel that it makes it ideal for people of all budgets as those on a more tight budget can purchase a basic shed, whereas those with a little more money to play with can add a few extras and turn what was once something basic into something more high end. In general we feel that their pricing is great, especially for some of their larger and more impressive structures.

Garden Buildings Direct do a great job in making sure you have no trouble when navigating their site. To start with they have tabs across the top of the home page for things like summerhouses, sheds, greenhouses, playhouses and a few others as well. You can just click on one of these and then make your search a little more specific. For example if you click on sheds, you can then decide on metal or wood and other things like that. We really like how each product gives you all the extras and customisation options in an easy to understand manner, but this does make it a little bit more tempting to add some cool features to the product you were thinking of buying, but we really do not see that as a bad thing.

Once you do find something that you like the look of, you will love the way that Garden Buildings Direct give you all of the information in an easy to understand way. We are sure even someone purchasing their first shed or greenhouse would not find things confusing and know exactly what they are getting. They make it very easy to know how to get in touch with them and in general, we feel this is a site that should not cause you any problems. The only issue we see potentially happening is some people having, is the vast amount of choice being a little bit too overwhelming, but really when you consider that is the worst thing about the site, then it must be pretty good.

What Are The People Saying About Garden Buildings Direct?

Below you will find a list of all the additional resources that the WhatShed.co.uk team could find that allow independent reviews of Garden Buildings Direct online. If you are a customer then we would also really appreciate it if you could take the time to also leave a revive of the retailer on our site as well. All reviews are manually checked, 100% independent and genuinely do help other people decide if they want to use the retailer or not.

Trust Pilot: If you are looking for the most comprehensive list of reviews available online for Garden Buildings Direct then you should check out Trust Pilot. With almost 2,000+ reviews on the company you should end up with a very good opinion after you read them. The Trust Pilot rating is 6.9 out of 10 with 52% of customers giving it a five star rating. Visit website and see reviews by clicking here.

Review Center:  With just under 200 reviews we feel the review centre are well worth checking out. There is a good mix of positive as well as a few negative reviews on here as well with some people having issues with the delivery times. Visit website and see reviews by clicking here.

Garden Buildings Direct: How We Rate It

In general Gardens Buildings Direct is a site that we really like. They have a great selection of products and we really love how most of the items in their BillyOh range can be purchased in all different kinds of sizes. We know that there are some complaints here and there, but for the most part we feel that they are doing a good job and hopefully the complaints that they have had will keep them on their toes.

So, How Does It All Stack Up?
8
Overall Score

Cancel reply
Top 5 Retailers
See All Retailer Reviews
Support WhatShed: by making a purchase after clicking a link above, a portion of the sale supports this site.

People who looked at this 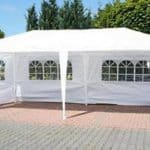 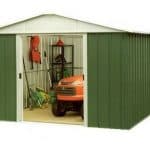 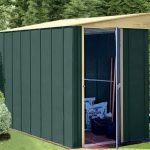 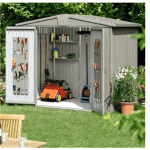 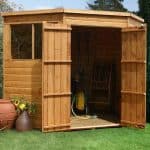 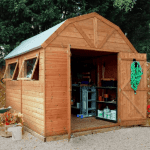