Gardening and buying flowers seem to be a quintessentially British thing to do, or is it?. We thought we would see if the data backs this up, so one Sunday afternoon we decided to do some digging and figure out how much Europeans spend on flowers each year.

It turns out it’s a LOT.

We found a wonderful report created for the Belgian Development Agency called “The European Market for Fair & Sustainable Flowers & Plants.” In that report, data is given by the Centre for the Promotion of Imports from Developing Countries that shows the annual sales figures in each European country for potted plants and cut flowers.

We thought it would be fun to add them all up and work out where in Europe the floral business is truly flowering. Here’s what we got! 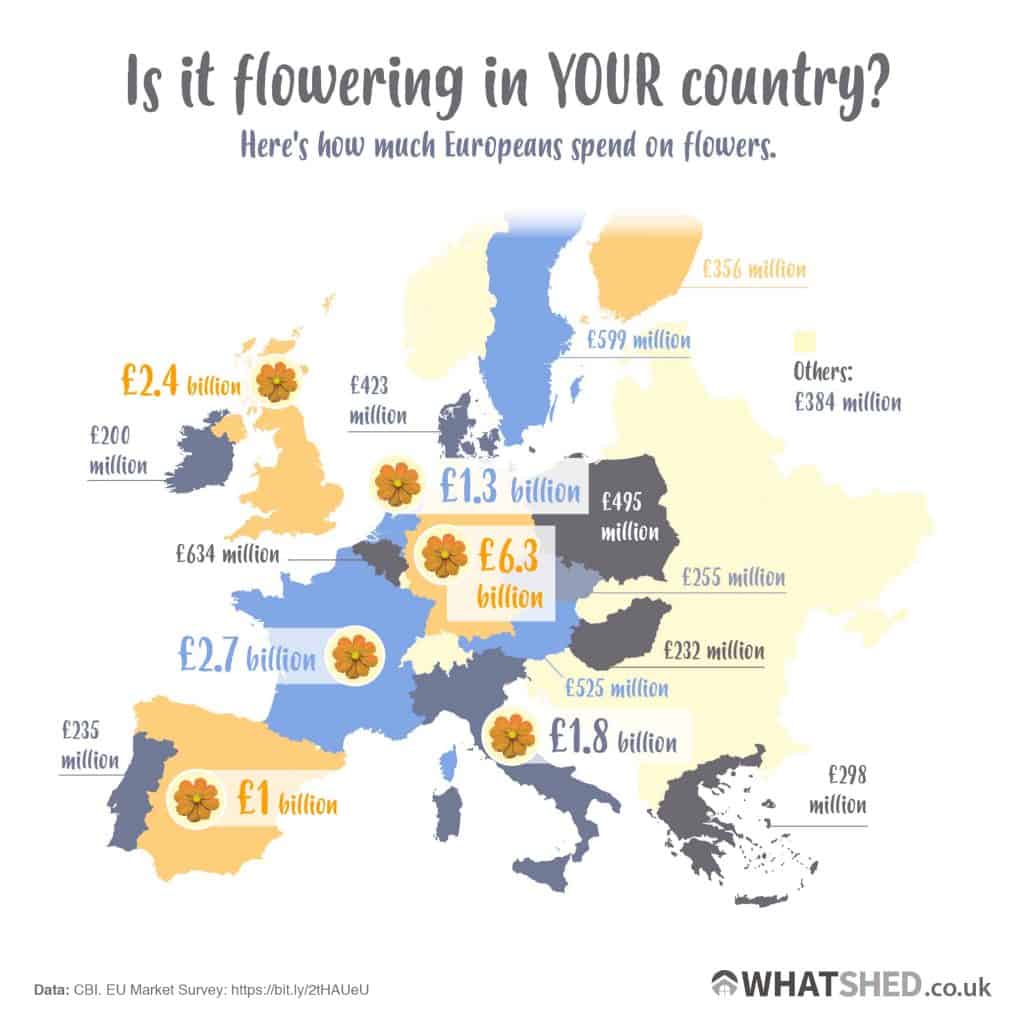 Who would have thought that the Germans buy 62% more flowers than any other European country?

Just in case your geography isn’t too hot, here’s the list. And to save you counting, Germany tops the list followed by France and then the UK… so I guess the UK has not got the greenest fingers in Europe.

Notes: The European market for potted plants and cut flowers is according to the source report, a mature market and stable in growth it has not significantly changed in size since the report was commissioned. Currency conversions from Euro to GBP were calculated at an exchange rate of 0.8866. As of June 29, 2018.

We’re offering couples £1500 to spice up your sex life with plants and produce!