We decided to look at every player that has ever been in an England World Cup since our first appearance back in 1950. We then worked out where each player was born and in which county that was. After over 12 hours of research and number crunching the data was in.

Here’s a map showing how many players from each county have represented England at the World Cup. From our first World Cup appearance in Brazil 1950, right through to Russia 2018. 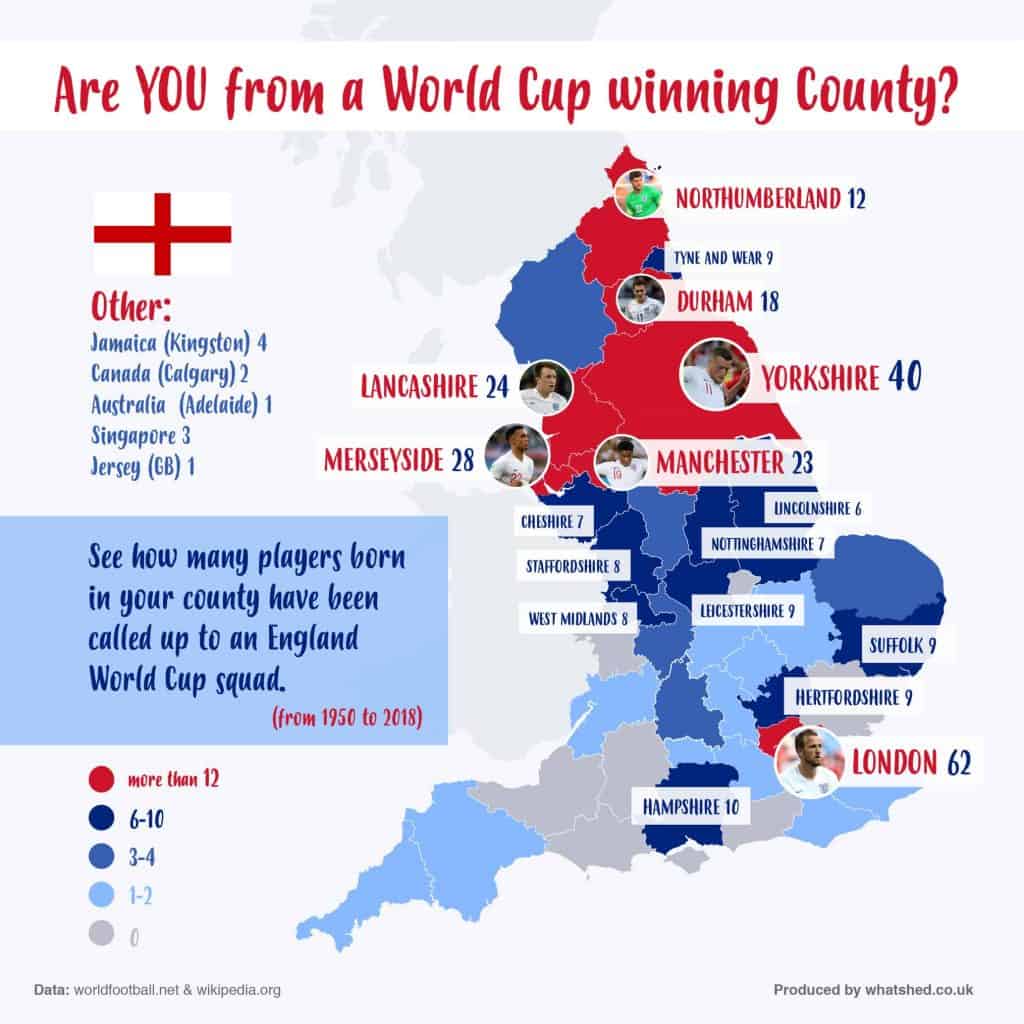 Who would have thought that only 6 northern counties were responsible for 45% of all England squads players to go play in a World Cup from 1950 to 2018.

Note that while the first World Cup was in 1930, England’s first appearance at a tournament was in 1950. Scotland have opted to boycott the World Cup since 1998. 😉

Just in case your geography isn’t too hot, here’s the list. And to save you counting, London tops the list followed by Yorkshire, Merseyside, Lancashire and then Manchester.

Summary per county of number of times someone born in a county has gone in the England squad to play at the World Cup.

Ok Ok, we hear what you are saying, what has a shed site got to do with the World Cup right? Well sheds go in gardens and many of the young footballers that go on to play in a World Cup learned to play football in a garden and many of those young footballers will have broken a few shed windows having a kickabout. OK so it’s a bit of a stretch but if we are honest we wanted to get into the World Cup spirit of things and see if we could pull any interesting numbers out of the data.

Notes: The data used in the research was from the England World Cup squad lists provided by worldfootball.net. All footballer places of birth and county lists were provided by wikipedia.org. Stimulation and WIFI for the 12 hours number crunching were provided by Starbucks. All county borders represent the county the player was born in as the current county borders exist and not as they might have historically existed at the time of a players birth. This factor can account for the large numbers in London and the fragmented numbers in the North West.